My children have absolutely wonderful imaginations. They can spin stories fantastical and fun, they can invent machines weird, wonderful and slightly bizarre, they can dream up scenarios for any situation and they can play make believe for hours upon end. I love their imaginations, having them share their fantasies with me or eavesdropping on their imaginary world is one of my favourite things to do in the universe.

I can remember my own childhood included a large portion of escaping to imaginary worlds. I used to drift to sleep imagining castles with secret rooms, overgrown gardens and rooms filled with lollies and colouring-in books. I would play with my siblings, and as eldest it was my right to direct everyone’s imaginations conform with my own fantasies. But most of all I would read books and let the imaginations of others fuel my own imagination and take me to places that I hadn’t dreamt up myself.

I can remember it starting when I was little. I received a book from Father Christmas. I still have it. It was called “One Old Oxford Ox”. When I received it, I thought it was a bit boring and shoved it aside. Yet once it was read to me, I would keep coming back to it and examining the single illustration on each page. The illustrations seemed to tell stories within the stories. I would stare at them, and imagination what else was happening that the words of the story were not telling.

Dr. Seuss was another author/illustrator that would capture my imagination. To be truthful, as a child, I didn’t actually like his illustrations, the drawings weren’t pretty enough for me. But yet, I used to stare at them and once again invent all types of scenarios that were happening. In my mind I knew what the characters and sub-characters did that morning, what they would do that evening and how they were feeling. Of course, now I love Dr. Seuss illustrations, if only for the memory of the childhood flights of fancy.

I received a gifted children’s book called, “Imagine A City” by Elise Hurst. The illustrations are all black and white, pen and ink. I instantly recognised it as a book which would give children’s imaginations flights of fancy. I was correct.

I found the old fashioned cover beautiful, but when I told the boys that this was the story we were reading last night before bed, they groaned, and then when I opened the pages and they saw there was no colour, they were aghast. However, it did not take long before they were full engaged,

eagerly examining the sub-stories within the illustrations and getting swept away in an imaginary world not limited by gravity or logic and where animals and humans mingle without question. 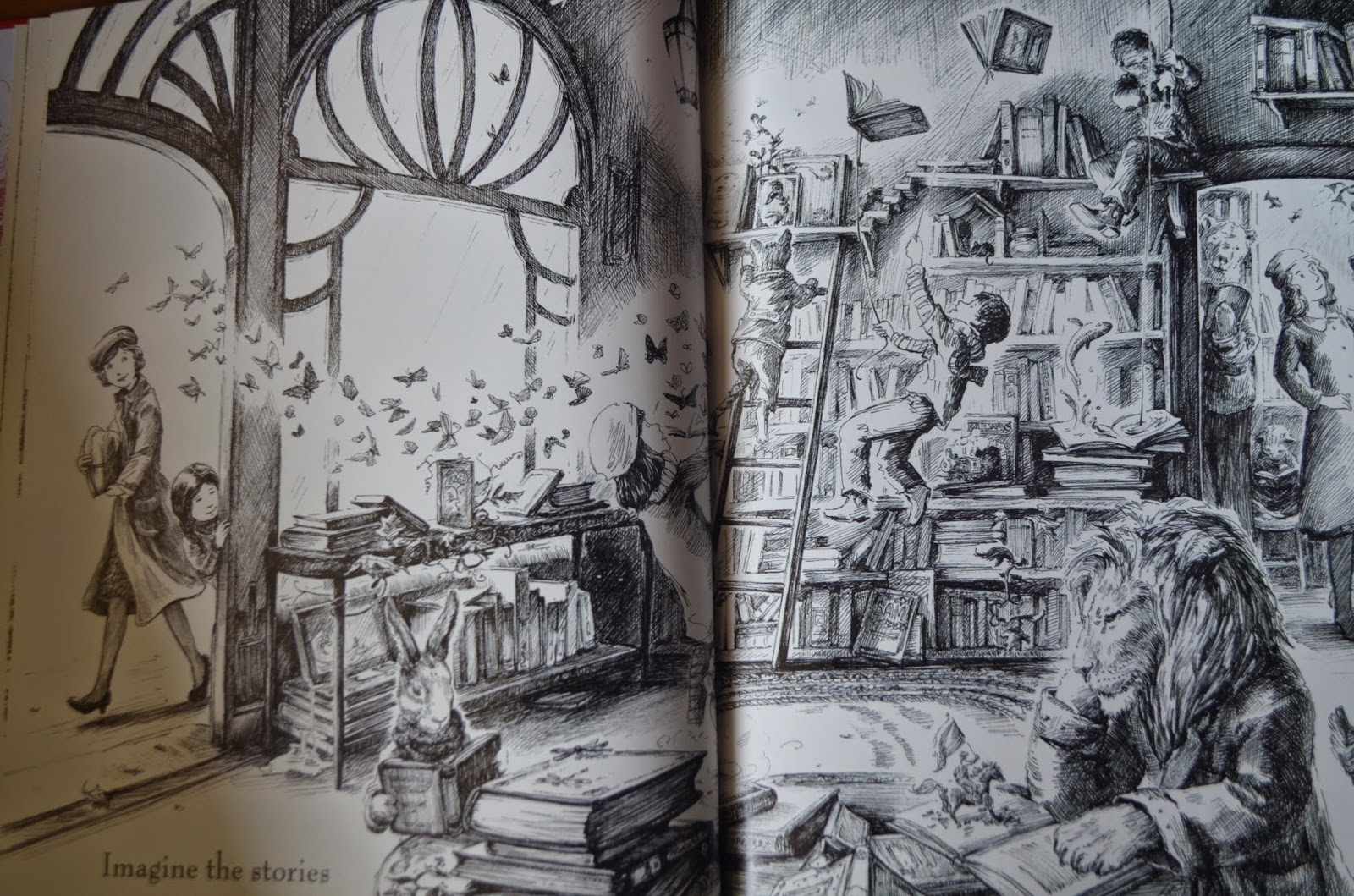 Well done Elise Hurst! Thank you for the sweeping my children into your imaginary city. They totally enjoyed the experience. My farm obsessed, (Grandad, who is a farmer, is every so proud), small boy has only one request. “I wish that she would draw pictures and call it, ‘Imagine A Farm’.

Are there illustrated books that have inspired your imagination or your childs?

Why I Started A Blog